Owner: Antarctic Heritage Trust, New-Zealand. This artefact comes from the collection of c.18,000 artefacts at Terra Nova Hut, the expedition base built by Captain Robert Falcon Scott and party during his 1910-1913 expedition to Antarctica. It is a box of thick cardboard containing glass test tubes wrapped in thin paper. The box was originally held closed with a string tie, the remains of which are still present. A large part of the box is missing and the part remaining is mouldy and structurally very damaged. The treatment consisted of mould remediation (vacuuming with HEPA filter and de-naturing mould spores with an ethanol:water mixture) cleaning, and reinforcing the cardboard with Japanese tissue. The contents have been cleaned, stabilized and returned back into the box in their original packed formation. 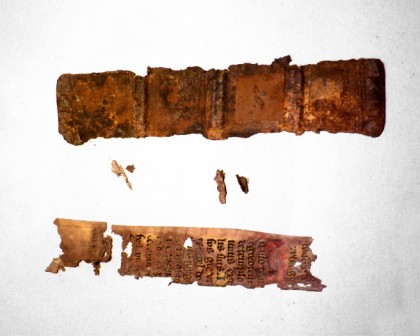 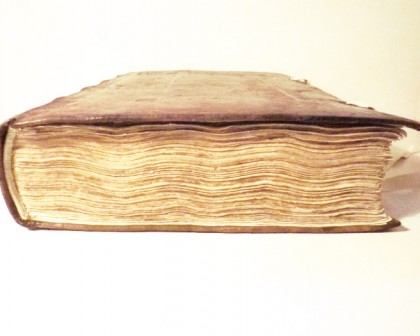 Second Register of Property Acts in the city of Grenade, 16th century. 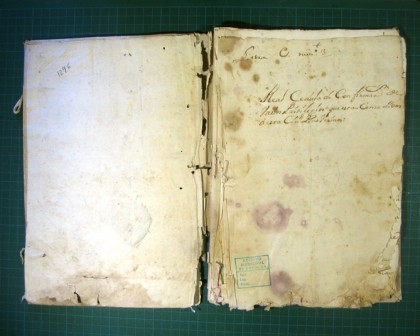 Royal Benefits and Favours accorded in the Noble City of Granada, 18th century